From HypertWiki
< Woozle‎ | Jenny
Jump to navigation Jump to search

I'd like to introduce you to our ghost-friend Jenny. 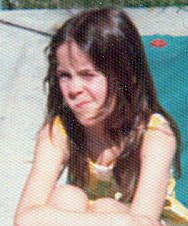 Jenny was a writer, a poet, an artist, a coder, a thinker – and I’d also add dyslexic, neuro-atypical, and generally non-gender-conforming.

I met for real her first year in high school, after a number of encounters the year before. We became close over the course of several months, and she basically rescued me from the emotional dead-end course into which I’d been steered and showed me enough of life that it started to feel worth living… and then we had conflicts, and then we were apart, and then she killed herself, and I almost did too.

(Here's a short-story-length version of what happened, if you want to get a relatively quick overview.)

She was far from flawless, and there were some things about which we strongly disagreed, but she was an amazing person and I still desperately miss her brilliance and the things she would have created.

I’ll be writing about her through the lens of the notes and letters she wrote me – partly for therapy, partly because I feel like I have a lot to say about what happened... and about friendship and love and staying sane. I want to finally reach a better understanding of what happened, and I want to preserve and celebrate what I know of her life.

I think this is something I’ve needed to do for at least three decades, but couldn’t; even though I learned to keep moving forward through the grief of her irrevocable absence (grief never goes away completely; you just learn to avoid tripping over it, and how to fall when you do anyway), my gender dysphoria – the catalyst for so much of what went wrong – was still there, waiting to snare me whenever I would think about her too much.

Being now well into my transition, I find I've reached a point where I can look this stuff straight in the eye and not fall straight down into that pit of despair (usually)... and I’ve found that I want – need – to tell you about her.

Our correspondence started with me leaving silly notes in her locker, to which she soon responded in kind... and then, as our friendship became better established, elements of seriousness crept in. Barriers were accidentally knocked over and then ultimately removed as unnecessary.

Over the course of the following year, though, I became problematic. We were both in pain and desperate in our own ways, but my way of handling those horrible feelings was to become increasingly clingy and toxic. Goodness knows she was patient with me – the depth of her caring comes through clearly in her writing – but ultimately had to break off the friendship, for her own sanity.

In the year and a half between that ending and her disappearance, I'd been trying to learn how to be a better person in the hope that we might one day (possibly years later) become friends again. Some part of me, I think, will always be trying to regain her friendship.

While others who were close to her seem to have processed their grief and moved on, I haven't.

I’m hoping that this writing will help with that processing – but I don't know if it can lead to moving on, or even if I want it to. These events have come to define who I am, for better and worse.