A Brief History of Me and Art

In middle school (1975-79), I drew comics that were mostly pretty terrible; the lone presentable relic from that era is an intro panel for Store Trek, which I digitally cleaned up and re-lettered sometime in the 21st century. As a result of all that comic-style lettering, though, I did discover that I much prefer writing in block-caps; it comes much more naturally than cursive. 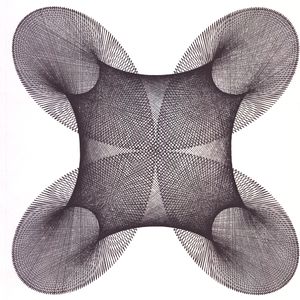 I think this was the first design. It's basically just a sine wave.

Also arguably falling within the realm of "art", I plotted out some designs based on sine waves on the new graphics computer at my dad's lab. 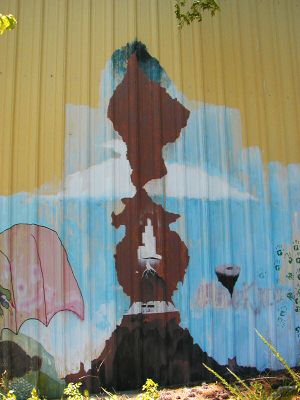 My section of the mural was supposed to be a sort of science-fictional structure, but I didn't have time to finish it. There's a bit more here.

My family lived in Mexico City for most of August 1980, and during that time I sketched a lot of stuff in a small spiral-bound art notebook someone gave me. Unfortunately, I seem to have mislaid it at the moment, and I don't have any scans of the contents. I continued sketching in it at least through 1981 or so, mostly using a felt-tip pen kind of like a superfine Sharpie.

In Spring 1981 (2nd year high school), one art teacher described me as "an artist whose paintings occasionally turn out to be singing poems". This might have had more impact if any other teachers had agreed, but this is pretty much the only time I remember a teacher being positive about my creative work. I don't think I still have any of the paintings, though, and I'm not even sure which ones she was referring to.

I also participated in a mini-session group that painted a mural on the side of the school pavilion. Jenny praised my clouds as "actually painting", while she felt her dragon was just cartoony or something. (Um, Jenny, expression can be in the lines too... and besides, OMG THIS o.0.)

Later, mostly in Providence (1985-89), I did some sketches of this imagined girl who, I later realized, was who I wished and/or felt like I was. Some of these are from post-regenderation and some I'm not sure about. I was bad at putting dates on things, because that seemed too much like being happy about it. I was also still dealing with inner voices insisting that my obsession with femaleness was based in... bad things, and that I was a bad person for having those thoughts.

In the early 1990s, I digitally drew (which wasn't easy then) a short comic strip series called Clarence the Rock, and actually got it published in The Athens Observer (due largely to working there on a semi-volunteer basis). 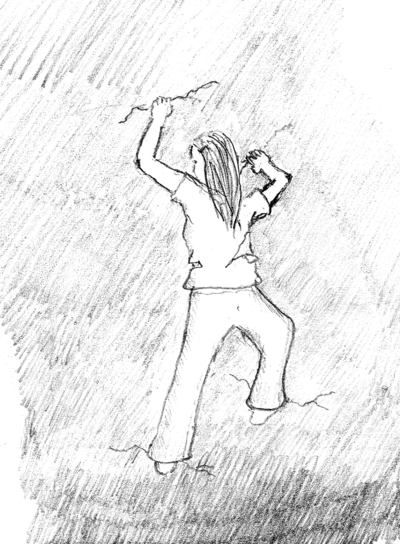 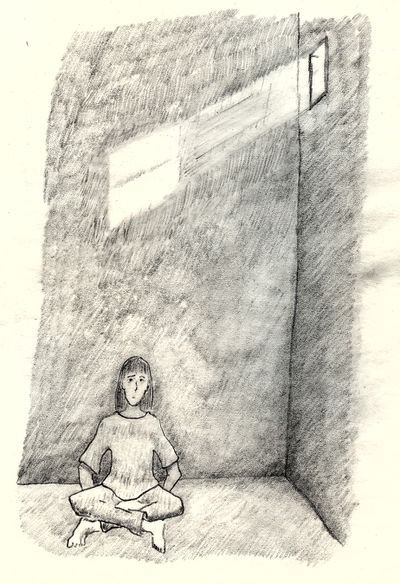 I'd really like to draw more of these, but it's a very frustrating process; I have to draw the face over and over again before I get anything that looks even vaguely acceptable, and the attempt generally triggers intense feelings of dysphoria and loneliness.

More cheerfully, I also did a few cartoony things, including some birthday cards which kind of ended up being art. (I have more cards but need to check for permission to post them.)