Phone phobia is a psychological condition in which one experiences extreme fear or avoidance of using the telephone. The fear may be more intense with regard to either making or receiving phone calls; in the latter case, it can intensify to the point where the phone-phobic is afraid even to listen to voice-mail (answering machine) messages. 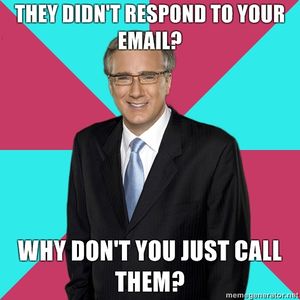 The discussion here (HypertWiki) started with Harena & Woozle's posts in 2005.

Based on the anecdotes collected here, the causes of phone-phobia appear to vary somewhat although there do seem to be some recurring patterns, including:

Practical obstacles which can contribute to avoidance of making calls: