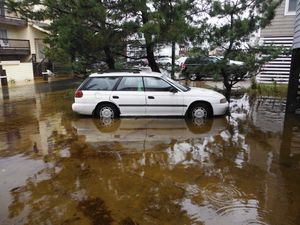 Kestracel Weiss at the Outer Banks, September 2016 - the floodwaters were just below the point where the interior would have gotten wet. 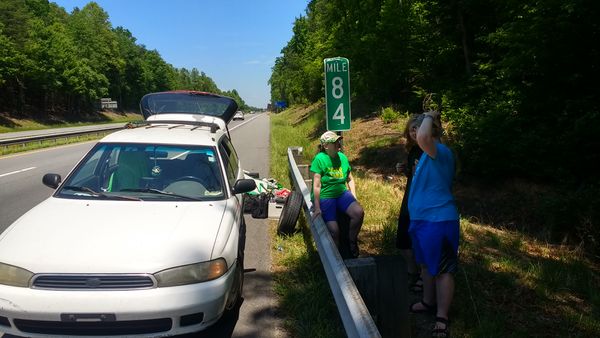 Kestracel Weiss & the gang, shortly after a rather excessively exciting moment in automotive travel

Kestracel Weiss is our white 1995 Subaru Legacy, which a family friend sold us for $1, and was (during the time it was our primary vehicle, 2015-2018) the newest and highest-MPG car we owned, as well as the one with the most mileage (almost 250k when we got it, over 270k at the end).

2022-08-10 Update: in 2019, when it became clear that ~$2k of work was needed on the engine, I was considering Kestracel's life "over". We've ended up keeping her around as a backup car, however, and she has continued to run just fine (even on gas that was nearly 3 years old). The engine still clicks, but doesn't seem to be getting any worse. She does need a carport, however, as there is a leak somewhere which causes mildew inside. I take her out for a run once a month to keep gunk from accumulating in the engine and keep the battery charged. If I ever have the cash to spare, I will remedy these issues.

Kestracel's nomenclature derives from the following: 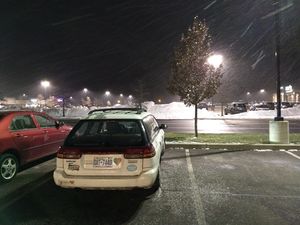 Kestracel. At the repair shop. In winter. Her CV joints laid waste.

Kestracel's final demise began with the fateful events of December 5, 2018, in which we put out almost $1800 in order to be able to drive back home safely. 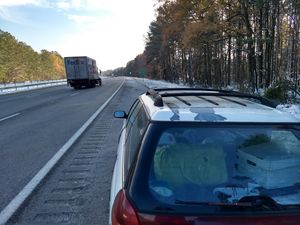 after replacing the blown-out tire somewhere north of Richmond, VA

On the way home, we had a tire blow out. After replacing it, we pulled into a service station, during which time I happened to leave the engine running while exiting the car, and noticed that it was making a loud clicking sound. I checked the oil level, and it seemed fine... so we drove on, not knowing what else to do. I was gripping the wheel anxiously the whole time, waiting for something to seize up and possibly prevent me from steering properly... 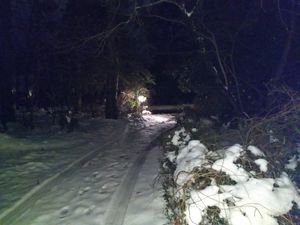 ...but despite one very long traffic jam in the middle of nowhere due to a highway closure that seemed to have something to do with weather conditions (we had to exit I-85 then make a U-turn and get right back on -- which, between all the trailer-trucks having to do the same thing and the traffic at the cross-road, took something like an hour), we arrived home safely. 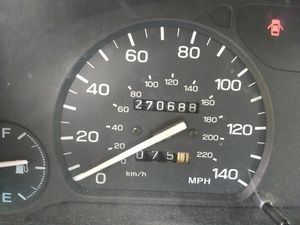 After picking up B&Z from college (in a rental car), dealing with the holidays and getting B&Z back to college again (in another rental car), and remembering that Mavis had said it needed more work than they had done just to get us home, I took Kestracel in on January 8 to Konrad Automotive, our usual mechanic, with the following issues:

Konrad said it was going to need a lot of work, but did not advise scrapping the car as it appeared to be all just deferred maintenance. So had this done, for the price of another $1123. 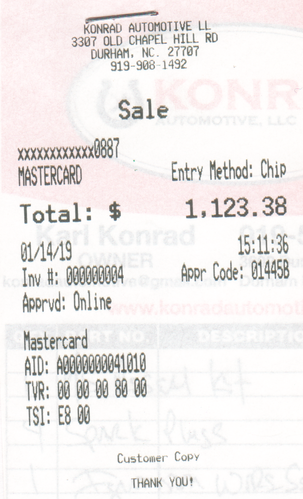 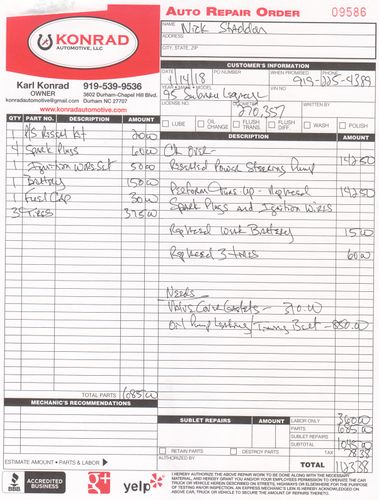 Unfortunately, this did not fix either the gas leak or the engine-clicking, so we brought it back in again -- and again Konrad said it needed more work, but again this was just deferred maintenance... and then they apparently found even more than they had originally estimated, and the total this time came to $1623: 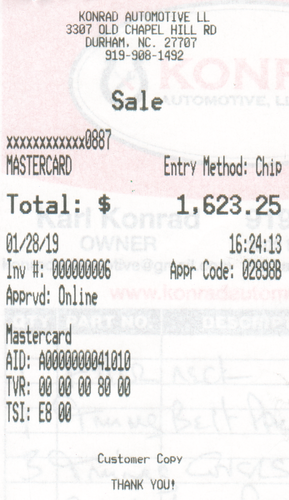 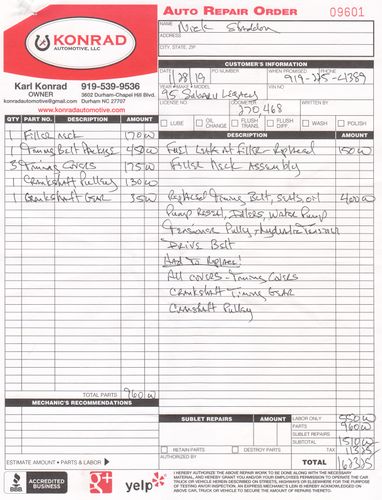 The next day, we were driving partway to Raleigh when we noticed the clicking sound was back and worse than ever. We immediately took it to Karl, who looked at it for another few days...

On February 4, having given Kestracel an oil change and replacement valve cover gaskets, Karl determined that it had a bent camshaft, which would cost another $2k to fix. We paid $304 for the oil change and gaskets.

This was the point at which we decided a replacement was needed, having already spent $4842 on a car with a trade-in value of about $67.