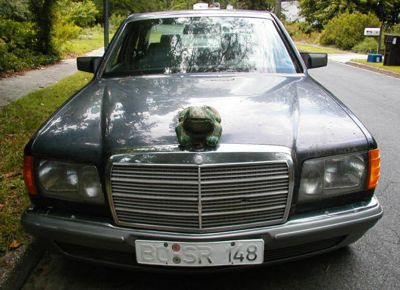 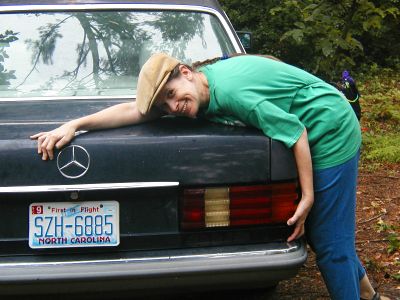 Janis Jalopy is the name we gave to my Mercedes Benz after recovering it from Georgia. The Benz was a 1983 380 SEL 4-door sedan imported from Germany by my dad, who basically gave it to me in 2000. After foolishly renting it to some people (when they asked and I desperately needed the cash), it ended up sitting out in a field near Athens for about a year, with expensive consequences. I finally had to scrap it on September 2, 2019.

The mileage chart seems to be missing, so keeping this info here for now

The yellow and yellow with fuse were a single unconnected wire with a quick-disconnect at each end (and a peculiar rectangular plastic thing in addition to the fuse -- some kind of HF filter coil?). I connected it in serial with the BATT line, because why not.

My previous radio wiring notes were as follows. Some of this contradicts what I see now, which might mean I was in error or might mean that the wires I was looking at were cut off.

None of these ever seem to come on. One is probably the antenna activation, but which? And what are the other 2?