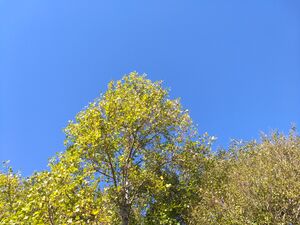 walking back from Konrad Automotive: just a few yards down the access road 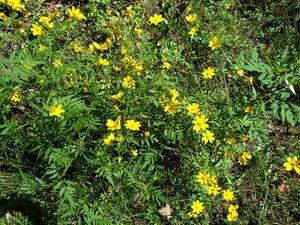 walking back from Konrad Automotive: on NC 751 just before Pickett Rd.

When I got into the office this morning, I found that SamEagle's system drive had switched to read-only. This set off a flurry of investigation which served to further complicate the day.

Actually, the Dr.B. appointment was for 1:30. We had originally scheduled it for in-person, at her request, which meant we needed a later time -- but last week when I checked the community transmission rates, they were still looking pretty bad -- so I asked for it to be reverted to video... but we still had the later time-slot. I had put down 10:00 without even thinking to check the calendar (which had it right) or the official notification in email.

Because of that, we decided to do the Costco run right after H's breakfast, instead of at 1.

I heard back from Karl, who said he could look at Daisy tomorrow; I typed up the work-request and drove Daisy over there in the early afternoon, walking back. Recorded some video of a hawk, on the way back.

I also saw this, along with the more scenic photos on the right: 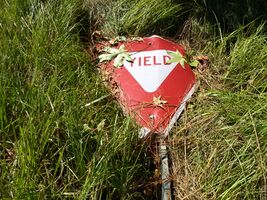 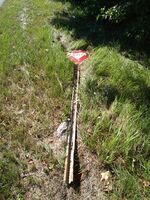 Maybe this happened during the storm? But hurricanes don't generally make for slippery road conditions, so... shrug?

...and now, after I let the battery run down, my bricked phone is booting.
It seems to be doing this a lot, lately...

I'd already moved the SIM over to my other phone, though... that one doesn't work as well with the wireless carrier, but it'll do until I can get another more-recent-hardware phone.

One of Lottie's friends in Raleigh apparently has some old phones they're giving away; we need to figure out when we can get over there... probably not this week.