I'm not even sure where this cabinet came from, originally. I think maybe someone was throwing it out at the curb.

Last year, I think, I realized it might be good to put wheels on it... so I put some on, using some junk lumber to mount them.

I've found that the junk lumber was a bit problematic because it tilted the wheels a certain way, which could make it difficult to roll -- especially in the areas where the floor in our shifting house isn't quite flat.

Then last month I realize I had all these really nice wheels left over from metal racks we'd bought from Costco, years ago... many of the racks have wheels, but for some of them we left the wheels off. 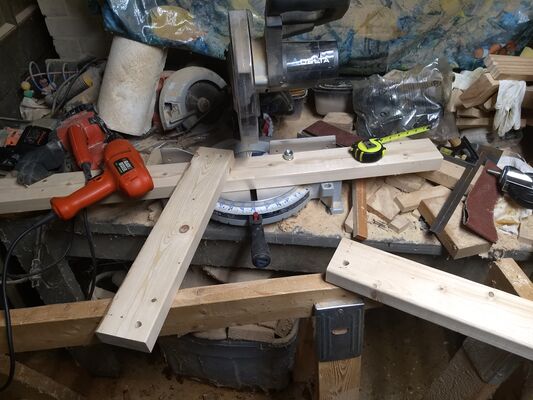 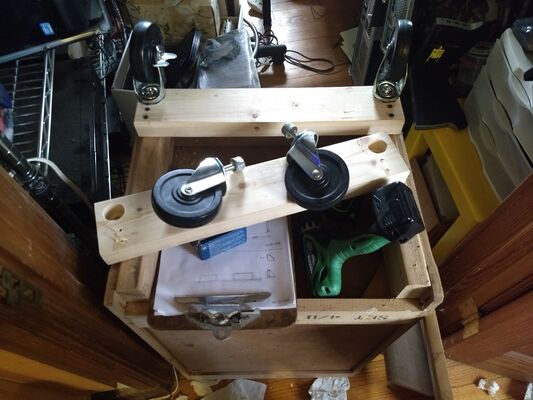 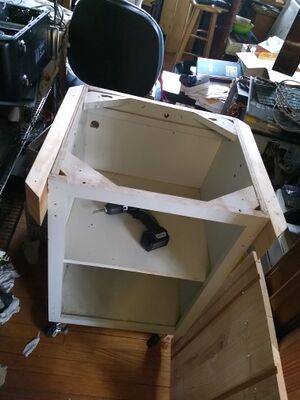 wheels on; need to re-mount the top (which was previously not attached properly) 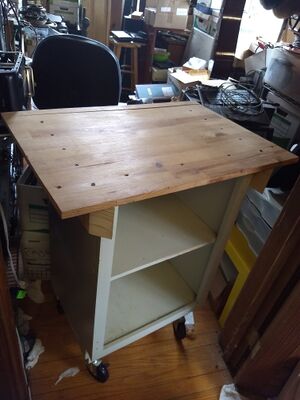