On this particular morning in Hypertwin History, I came downstairs and noticed that my desktop had turned itself off for some reason during the night. And wouldn't start again.

And then I noticed this: 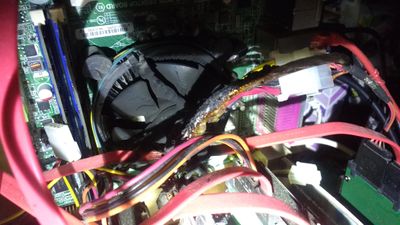 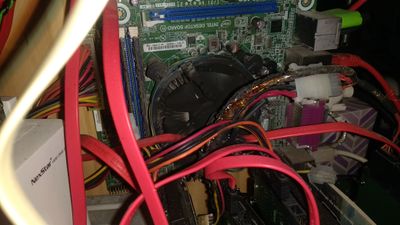 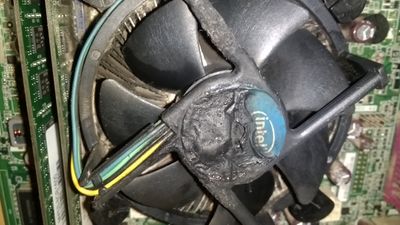 Apparently something happened in one of the hard drives which resulted in shorting out the power input, which then caused the power wires to melt and catch fire. The only reason it didn't spread is that some of the burning wires ran right past the CPU, and apparently the flame heat caused it to go into thermal shutdown... ...which turned off the power and stopped the flames before they had a chance to catch anything.

In other words, basically Halt and Catch Fire in reverse.