Am I not to address you as the above (see up) anymore? If you are trying to subtly establish your identity as your self (I.E. Nick J. R. Staddon) and wish me to address you as such, you're not being that subtle.

Or maybe you are?

Intelligence. I used to (argh!!!) write a lot ya' know? An' when I wrote I tried to make people think. Curses to the U.S. I am never in the right frame of mind to write!

Thinking. People don't think as much as they used to? Cripes. This is unfruitful, furthermore it's depressing.

By "the U.S.", she means the CFS Upper School. I remember asking her about this later on, and she said something about the Middle School leaving a lot more time for (basically) unstructured thinking-time and maybe more quiet spaces to sit in, both of which were good for writing. (The Middle School was, at this time, still mostly a big open space kind of like a library, but with classes taking place in the spaces bracketed by sets of bookshelves.)

I guess I must have started signing off as "Nick" sometime in my last few notes to her, which suggests that the tone of my notes (and hence my attitude) had begun shifting from silliness to something more serious, though not yet anywhere near the later levels of intensity. She hadn't yet inspired me to revive "Woozle", which Durham Academy had forced me to stop using in 2nd grade. 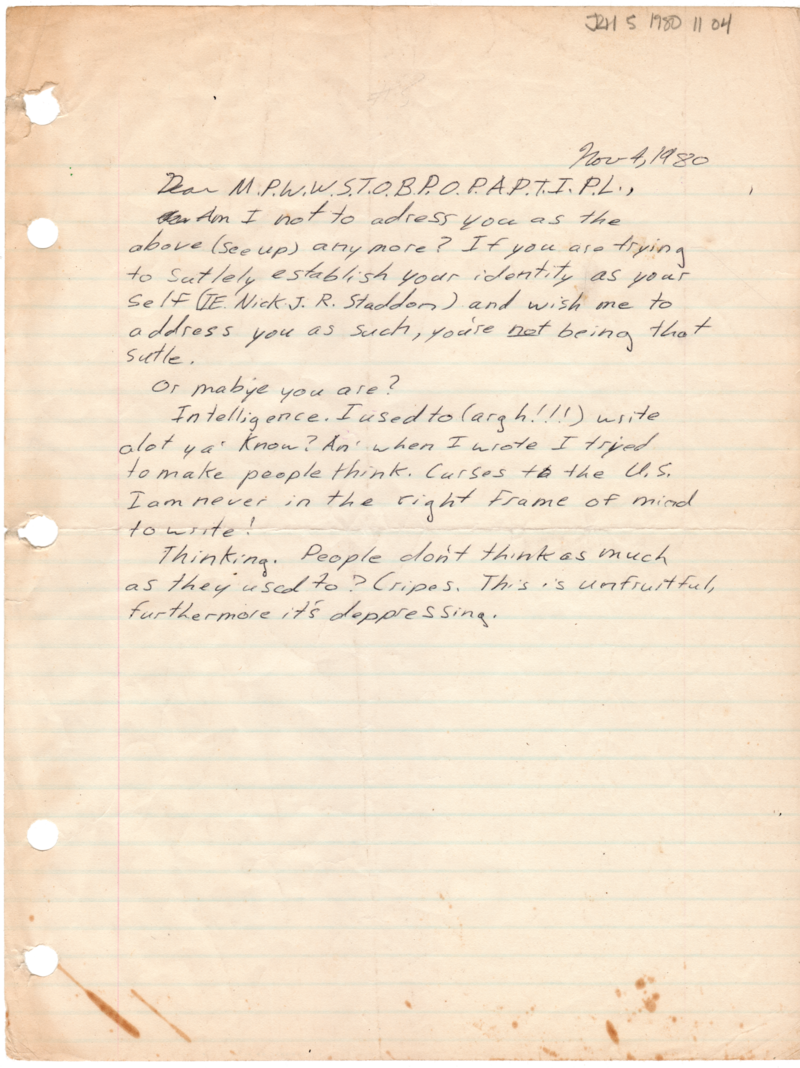